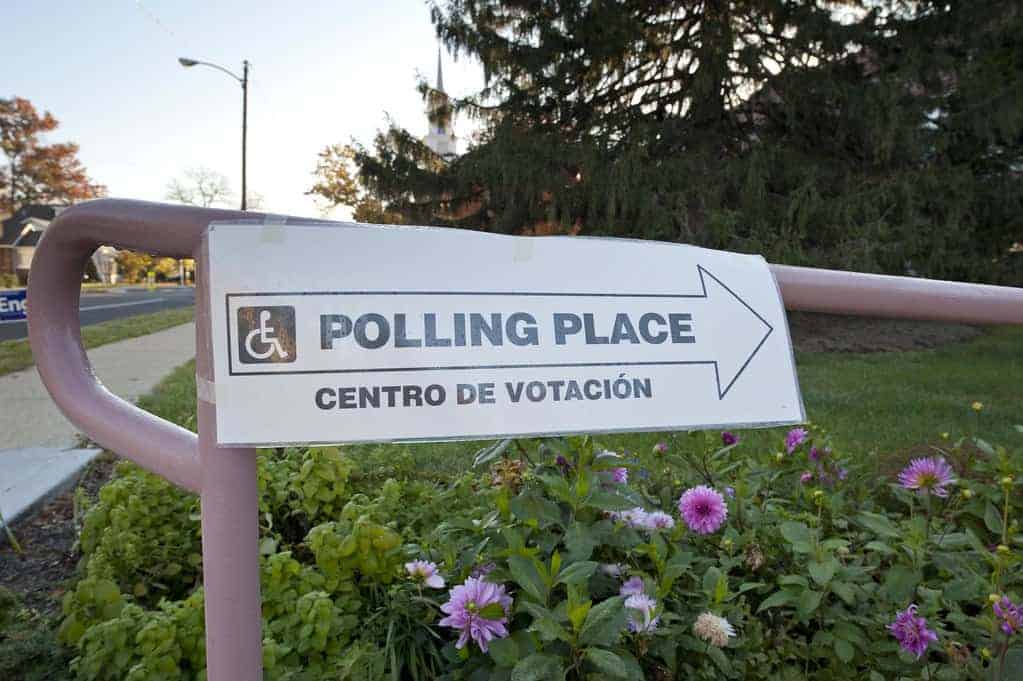 I was born with cerebral palsy — neurological damage from a lack of oxygen to the brain at birth. Each person with this condition is affected differently, and to varying degrees. Some may have balance issues; others may have mental impairments. For me and many others, cerebral palsy causes muscle spasticity. In my case, my muscles are so tight that my range of motion is very limited. Practically, the biggest impacts for me are not being able to walk without assistance, drive, or write legibly at all.

Despite these challenges, I have a high-paying, stable job in information security for one of the largest medical and pharmaceutical distributors in the world. I am acutely aware of two things: how critical our role is in ensuring that hospitals get the supplies they need during the COVID-19 pandemic, and how privileged I am to still be working during a time when most businesses have been required to close, leading to historic levels of unemployment.

I have lived in Ohio all my life. I have voted in person for nearly every election since I turned 18. The COVID-19 pandemic has changed lives around the world, and has caused many states to conduct voting almost entirely by mail, including Ohio. I have found that Ohio’s process for absentee voting is needlessly difficult or impossible for voters like me. Ohio’s Secretary of State has made exceptions so that people with disabilities are permitted to vote in person at their local county Board of Elections on voting day. However, they risk catching or spreading the virus that way. Some changes are needed to make Ohio’s elections better for everyone, regardless of ability or party affiliation.

By the time of Ohio’s delayed primary election, every Democratic presidential candidate except Joe Biden had dropped out of the race. Every other downballot primary candidate was running completely unopposed. Still, I wanted to be sure to vote for the local school district tax levy. I filled out the absentee ballot application on my computer, printed it, signed it, and mailed it. A few days later, I received a ballot, instructions, and an inner envelope to seal the completed ballot in.

The envelope required the voter to write in the exact same information that was already provided in the ballot request form. Those questions were directly across from where the voter’s name, address, and an identifying barcode were already printed. The redundant envelope form was likely intended as a way of confirming that the ballot was submitted by the same person who requested the ballot, rather than stolen out of someone’s mailbox. This additional step is unnecessary. Stealing mail is already a federal felony. Obtaining the required identifying information from other stolen mail items would not be difficult. The privacy of the ballot is also undermined by linking the individual ballot directly to the identity of the individual voter, which does not happen with in person votes.

Asking others for help is not a viable solution

I can easily fill in bubbles on a ballot. Writing legible letters and numbers in the tiny spaces provided by the envelope is an extreme challenge for me. Nevertheless, I tried anyway, repeatedly attempting to write, and then scratching out each attempt. Eventually, I had to resort to asking a relative to write in the required details in the remaining blank space. Indeed, some variation of “Why not ask someone else to do it for you?” has been one of the most common responses when I have mentioned these problems on Facebook and Reddit.

Being as independent as possible is a point of pride and safety for most people with a disability. Just because someone has a disability does not mean they need or have an aid. Many people with a disability live alone. Even if someone has an aid, having someone else fill in an election document raises serious concerns around privacy and undue influence. I am fortunate to have someone who would not snoop, interrogate me about my choices, or invalidate my vote. Others are not so lucky.

Voters with disabilities can get assistance with voting at their local county board of elections on election day. However, doing so means breaking quarantine during a pandemic. COVID-19 is causing deadly strokes in people in their thirties with no underlying health conditions. Not wanting to make any trips is understandable, especially for those who do have underlying health conditions.

Voting with a disability is a non-partisan issue

This is a problem no matter where you fit on the political spectrum. I am very liberal. My grandma is an evangelical Trump supporter. My mother had to guide her through Ohio’s process for requesting and completing her ballot because the print on the envelope was too small for her. My staunchly Republican uncle and aunt (who is undergoing chemo treatments and would need to vote absentee even without an ongoing pandemic) were frustrated because they did not request ballots in time.

The state of Oregon does not have polling places, ballot applications, or voter ID requirements. Instead, ballots are mailed to every registered voter — no request required. Oregon has voting this way for over twenty years now. Democratic and Republican state officials both support the system because it improves election security and turnout. Visually impaired voters (or anyone else) can use a web browser and screen reader to visit a state website, and enter their name and date of birth to mark and print their paper ballot.

Ohio voters can track the status of their ballot at the Ohio secretary of State website.